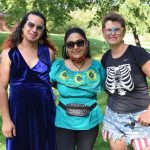 Shaped from sticks, torn pieces of brown paper bags, newspaper, and paste, bones were in the making at Powderhorn Park in September as artists and community members gathered to prepare for BareBones Extravaganza 2021. 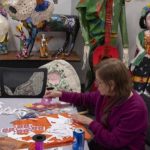 It’s a Thursday night and for several weeks local artists and community members have gathered to prepare for the upcoming Día de Muertos celebration on Lake Street in Minneapolis.

Pioneer Press
Feel the chill in the air and smell the pumpkin spice in your latte — it’s official: Fall has made its grand entrance. Get out there and seize the season with corn mazes, a jack-o-lantern spectacular and horror galore. 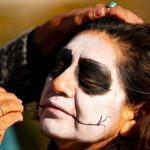 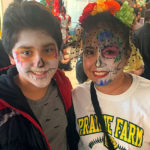 MinnPost
For three hours at CLUES, a few hundred people expressed, in a burst of artful ways, their love for their Latinx community and gone-not-gone loved ones, and about the thin lines between this world and the afterworld.

Day of the Dead: Exhibition sheds light on rituals that honor ancestors

“I wanted to honor my grandfather,” said Minneapolis-based artist Ana Laura Juarez, curator of a new Day of the Dead art exhibition at Intermedia Arts, as she and her fellow artists hung the show last week.

Since 2013, Festival de las Calaveras has showcased Latinx art, music, and culture in the Twin Cities. Taking place over multiple venues, the event usually happens around the time of Dia De Los Muertos (Day of the Dead),