The Mexican “Days of the Dead” were traditionally celebrated throughout two 20-day period cycles, that correlate with the months of August and September, and referred to as Tlaxochimaco (“Offering of Flowers”) and Xocotl Huetzi (“The Falling of Ripened Fruits”) according to the Mexica day-count, based in part on the Mayan calendar.

During the colonial era, the ancestral calendrical system that measures the movement of the Universe was shifted by the invading society. Thus, a 40-day time period dedicated to offering flowers in gratitude for the fruits of the earth, the memory of ancestors and departed loved ones, and the duality of life and death, was replaced with the tradition of the Roman Catholic Church and other Christian churches to consecrate the deaths of martyrs, which was later determined by Gregory III and IV as All Saints Day, November 1st and 2nd, which previously included October 31st.

In Mexico, All Saint’s Day has become the week-long “Dias de los Muertos,” still reflecting its ancestral origins with the creation of family and community ofrendas (offerings) laden in the aromatic cempoalxuchitl (marigolds), sugar skulls—symbolic of the tzompantli, structures intended to count “old” time with the skulls of notable deceased community members—and processions to the cemetery where loved ones rest.

“Days of the Dead” allows the time and space to weave past with present and future; with material and spirit; with Mother Earth and Universe; with each other on any side of any dimension; and much more.

Day of the Dead is NOT Halloween. 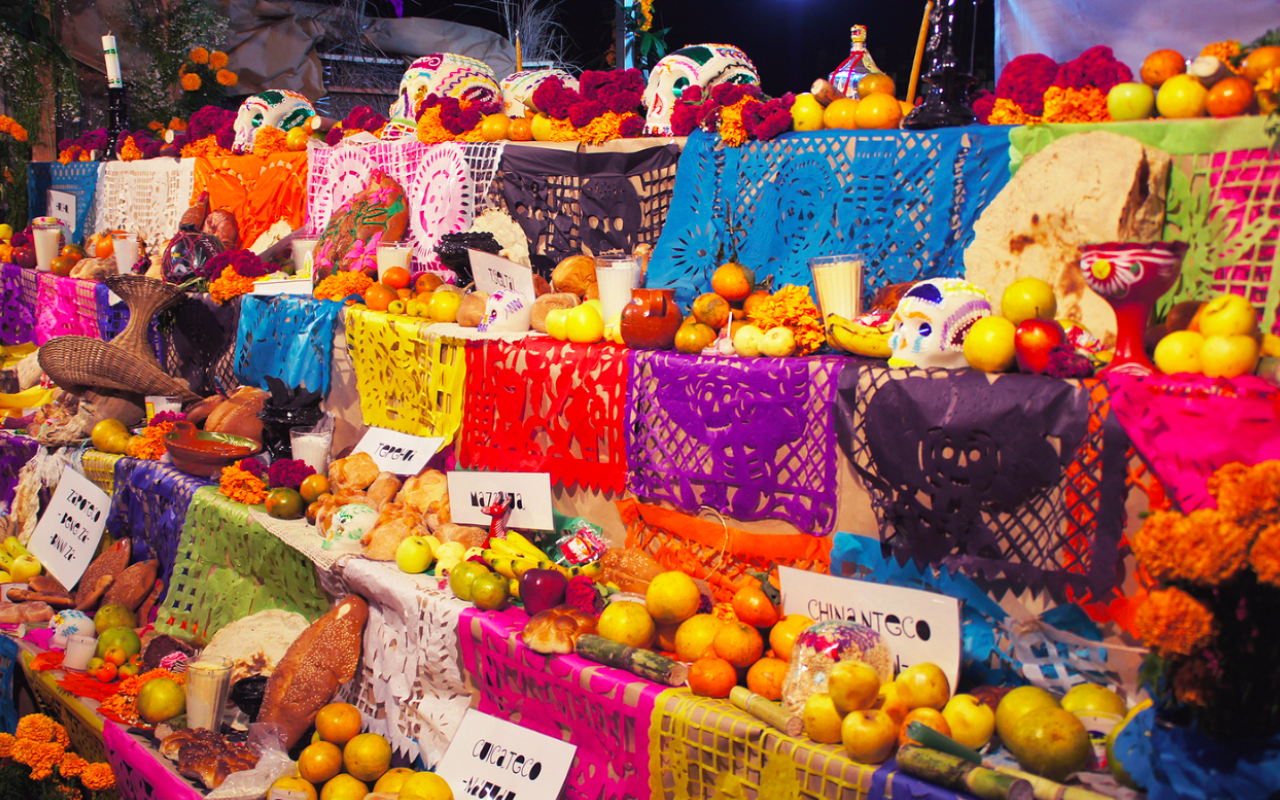